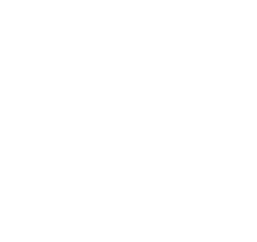 HONOR THEIR SACRIFICE.
EDUCATE THEIR LEGACY.

It began with Lieutenant Colonel Dan Rooney’s flight home from his second tour of duty in Iraq. An F-16 fighter pilot in the Oklahoma Air National Guard, he became painfully aware of the realities families face when a loved one in uniform is fallen or disabled.

As his flight landed, the pilot announced they carried the remains of Corporal Brock Bucklin on board. Lt. Colonel Rooney watched as Corporal Bucklin’s twin brother walked somberly alongside the flag-covered casket to meet his family on the tarmac. Among them was the deceased Corporal’s young son, Jacob.

Since that night, Lt Col Rooney has committed his life – through the Folds of Honor – to provide scholarships to spouses and children of America’s fallen and disabled service members. Jacob Bucklin became the first Folds of Honor scholarship recipient in 2007.

+ STEWARDSHIP
STEWARDSHIP
We’ve made financial integrity
an unwavering priority.
The sacrifice of brave Americans
deserves nothing less. See the
ratings we’ve earned from
respected institutions.
+ LEARN MORE
+ OUR LEADERSHIP
OUR LEADERSHIP
Driven by the love of country, they are
tireless in their efforts to work on behalf
of the families we serve. Meet the team
that faithfully guides our mission.
+ LEARN MORE
+ OUR FAMILIES
OUR FAMILIES
We are continually humbled by the
families who allow us to live out our
mission, come alongside them, and
honor their sacrifice through scholarships.
Each one adds their uniquely inspiring story
to the growing community of
Folds of Honor families.
+ LEARN MORE
+ OUR CREDENTIALS
OUR CREDENTIALS
Their sacrifice commands our respect
and drives us to operate with the
utmost integrity. We pledge to remain
transparent, making the latest statistics,
stewardship information, and annual
reports readily available.
+ LEARN MORE 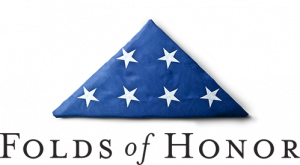 IN THE FOLDED FLAG WE SEE THE HEAVY PRICE OF FREEDOM

Yet it’s also a symbol of hope, representing the enduring ideals that make this country a beacon of democracy.
We chose this logo because it reflects our mission – to honor the sacrifice of America’s heroes, while giving hope to the bearers of their legacy.

Folds of Honor has grown from a vision into a movement. This folded flag is a constant reminder of those who have paid the ultimate price for our freedom. It inspires us to help equip and educate their loved ones in need of our support. Thank you for embracing the call.